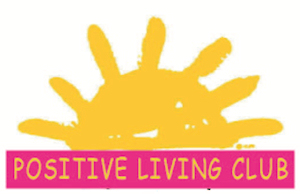 Limiting beliefs serve as filters of your reality. You see the reality in a different way than others because you have different beliefs than other people. The same situation is viewed differently by different people. That’s why the situation that you find funny might be completely depressing to others.

We form beliefs because they simplify our lives. If you, for example, got burnt by a hot stove, next time when the stove is hot you won’t touch it because you believe that you will get burnt. This is the example of a positive belief that simplifies your life and protects you.

However, when you get a limiting belief, your life loses its richness because you are not able to perceive it correctly. For example, if you got hurt in a relationship and you start believing that all men/women are the same, this belief will not allow you to see men/women that do not fit into your belief system.

Many people mistakenly look at the world and think that what they see is the real world. However limiting beliefs colour their lives in the way that is only true to them. It’s very hard for such people to understand that the life that they perceive is only so because of their limiting beliefs.

How To Recognise Limiting Beliefs

You can notice your own negative beliefs when you catch yourself saying things such as:

“I cannot do this because …”

Some of the beliefs are hard to discover because they were formed at a very young age. Some of your beliefs were taken from your parents and they no longer serve you, however they keep filtering your experiences their own way because you fail to notice and eliminate them.

No matter how long you had some belief for, you can always eliminate it because your active beliefs are in your conscious mind. They can be hidden under some innocent looking thoughts (for example, He thinks that only because of his fancy car he can show off is a hidden belief about money), but such beliefs can still be uncovered by analysing thoughts as such.

So to uncover your negative beliefs you have to pay attention to your daily thoughts and if some thought is negative, ask yourself why you think in such a negative way. This will uncover your belief.

It may take some time to uncover your beliefs, but it will be time well spent. The quality of your life depends on it. Spend some time now uncovering and eliminating them and you will improve your life experience to a great extent.

How To Get Rid Of Limiting Beliefs

Eliminate all your negative thoughts now and you will get the life that you deserve and want. It really is that simple. Negative feelings are reinforced by repetition of the thoughts that trigger unhappy feelings. If we stop repeating them, the feelings die. That really is it.

Once you uncover some of your negative beliefs, write them down and read them aloud. If, whilst reading some statement, you get a negative feeling in your solar plexus (the area above the stomach), it means that you have just uncovered an active limiting belief that is affecting your life experience.

Now you should understand that you are not a child anymore and that you have a free will. You can choose whether to keep such belief or to eliminate it. It is up to you. Simply say to yourself that you no longer choose to belief in this and that from now on you will look for the evidence that would show that the contrary to your belief is true.

Also, you should start affirming and believing in the belief, which is opposite to your limiting belief. You should have faith that the opposite belief is true and that it will color your life experience in a much richer way than the previous belief.

For example, if you used to think It’s impossible for me to earn a lot of money, you should now affirm I find it easy to earn large amounts of money. Whenever you earn money, affirm that this is the evidence of your new belief.

If you have some kind of limiting belief that was transferred to you by your parents, you should not blame them for that. Your parents didn’t know that their beliefs were limiting and affected your life experience. They did what they thought was best and they shouldn’t be held responsible for who you are today.

You have an absolute freedom to choose the way you want to live and you can choose your own beliefs and ways to behave. You should hold responsible only yourself for the person you have become. If you give this responsibility to others, you lose the power to change your life. And that’s not a wise choice to make.

When you fully take responsibility for your own self and forgive parents and other people that you used to hold anger/resentment towards, your limiting beliefs that were transferred to you will dissolve. All you will need to do then is keep reaffirming the opposite beliefs and look for their manifestations .

Believe in the power of beliefs

Believe in your imagination and the power of creativity

Believe in making a difference

Believe in being happy and having fun

Believe in being grateful and helping others

Believe there is no such thing as failure, only feedback and outcomes

Believe you can do it

Believe in living life to the full

These are, of course, positive beliefs. But, now that you know how beliefs and thoughts can affect your life, you can get rid of, or reshape any negative ones that are holding you back. 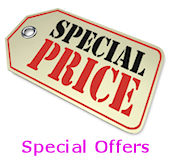 Hi Davinia I have dropped 6kg in the last 10 weeks with you and i feel better than ever. You have inspired me to live healthy and this is the result of the juicing, eating mainly plant based foods and the exercise. I feel like a new person and I

This is a testimonial for the super lady Davinia. When I say super, I mean Super. Davinia is the first trainer that has ever understood my needs and gets me. She has helped me stop my awful food habits and I feel in control. I haven’t been like this

From a younge age I’ve always been overweight, unhealthy and totally unaware of how to lead a healthy and active lifestyle. I had tried so many diets but none of them seemed to work for me long term for one reason or another and I felt hopeless that I’d

"Davinia was key in helping me lose my baby weight through a combination of exercise and food planning. She taught me lots about the right foods to eat and ensured I stayed on track with regular check-ins via txt. The PT sessions were enjoyable and made me feel positive

"Thank you so much Davinia. You are such a positive motivator. I have really enjoyed the sessions we have had over the last few months. You have devised a manageable exercise programme for me and taught me how to eat more healthily.  The veg mix juices are fantastic. What a breakthrough

"I have just finished a block of 10 training sessions with Davinia. I wanted to particularly focus on strength training and improving my muscle mass. Within the 10 week block of sessions I feel significantly stronger, more toned with improved posture. Davinia’s knowledge and love of nutrition shines through

I found Davinia online after I weighed myself 4 weeks after the birth of my second child and realised I weighed the same as I did when I was 9 months pregnant with my first. I knew then that  I would need help to shift all this extra weight

Thank you with all my heart for your help and support over the last 10 weeks. I'm feeling so much better about myself, amazing what can be achieved in 10 weeks if you have a fabulous personal trainer!!! 😃 A stone lighter, a dress size down, body fat down, leaner and

Thank you so much for helping me, you have really changed my mindset. I can’t believe I have lost 2 stone in the last three months. I will certainly carry on with what you have taught me in sunny Dorset. I shall miss you. You are such an inspirational

Just a little note to say thank you for the past 10 weeks. Your positive attitude has really rubbed off on me and as well as getting towards my goals with health and weight loss, you have helped me to embrace the good aspects of myself and see the